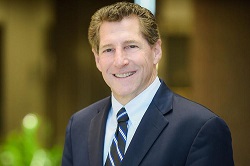 The Jewish Federation of Cleveland works to provide a forum through which we can engage in civil discourse and our community’s wide array of voices and opinions can be heard with respect. Thanks to our community’s support of the Campaign for Jewish Needs, we can organize activities that inspire our community to learn from one another and take action.

The Jewish Federation of Cleveland in Beachwood and the Young Women’s Christian Association in Cleveland are partnering for a 21-day racial equity and social justice challenge starting July 27.

Gregg A. Levine, the Federation’s community relations committee chair, explained that while the YWCA has long offered this program to Clevelanders, it has now been redesigned from a Jewish perspective.

“It will look at how we in the Jewish community can understand racial injustice and understand where we fit into this national journey that we’re all going on,” Levine said. “So I’m really, really excited about it.”

Levine said the Federation’s community relations committee engaged in the YWCA’s program in March, prior to George Floyd’s death while in the custody of Minneapolis police officer Derek Chauvin on

May 25. It was also before the COVID-19 pandemic hit Ohio.

Levine described the program as enlightening, educational and empowering.

“We found that those people who took part in this challenge, even before our nation was going through a very important reawakening on systemic racism, learned a great deal,” Levine said.

He explained current events inspired the community relations committee to bring this free challenge to the Jewish community.

Participants will receive content such as articles and podcasts each day. These activities are aimed to help individuals discover how racial and social injustice impact the community, and to identify ways to dismantle racism and other forms of discrimination.

“It’s been revised for an understanding of just what’s happened in the country since March,” Levine said.

Not only will it address topics such as anti-Semitism and Black Lives Matter, it will also look at the combined history of Jewish and Black Clevelanders.

“What we know is that most people in our community are certainly not racist, but through this 21-day challenge, they’ll learn how to be an anti-racist,” Levine said. “I learned, personally, that I know I’m not a racist, but in order to do more to change systemic racism, I had to become an anti-racist; and before I become an anti-racist, I really needed to have the education and the foundation. This really taught me a great deal and challenged me to think about things differently than I did before.”

Margaret Mitchell, president and CEO of the YWCA Greater Cleveland, said in a statement, “YWCA Greater Cleveland is proud to be partnering with the Jewish Federation of Cleveland to create a brand new 21-Day Challenge for the community. With anti-Semitism and racism on the rise it is more important than ever that we foster understanding and a sense of shared history between the Jewish and Black communities.”