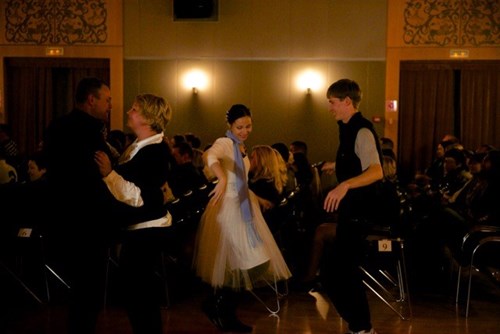 Thanks to the generosity of donors to the Campaign for Jewish Needs over the years, we have worked with our sister city to provide assistance, services, and education to seniors, children, and families; send young Russians to summer camps and on Birthright trips to Israel; supported arts, culture, education; help build capacity for a Jewish future. It is against this backdrop of collaboration, respect, and trust that the Cleveland community quickly responded to our St. Petersburg family’s plea for assistance during the pandemic.

A longstanding partnership with St. Petersburg has put the Jewish Federation of Cleveland in Beachwood in a position to help its Russian sister city navigate the COVID-19 pandemic.

“All our Jewish organizations are working synergistically to support the community from cradle to grave there,” said St. Petersburg subcommittee chair Barry Feldman.

Noting Judaism was forbidden there during 70 years of Communist rule, Feldman described the Jewish community in St. Petersburg as one that wants to be educated about and take ownership of its roots.

“They are very educated people who we guide to teach them how we run our community so that they can learn from us even though they have such a different background in their world,” Feldman said.

The Federation has aided its “on the ground partners” with fundraising guidance, helped to create Chesed and Hillel programs and even offered assistance with kindergartens and camps for Jewish children.

“It’s our goal to work in partnership with them to help guide them to become a self-sufficient freestanding Jewish community as vibrant as it once was,” Feldman said. “A lot has to do with the people we work with and the trust that make it work so well; we have a good trust and reliability on each other.”

Members of Cleveland’s Jewish community such as Dr. Howard Epstein and Heidi Solomon, who manages the Horvitz YouthAbility program of the Jewish Family Service Association of Cleveland in Pepper Pike, have been quick to lend a hand to St. Petersburg during the COVID-19 pandemic.

“Through my work with the Federation (I was asked) if I would be willing to speak with two people in St. Petersburg,” Epstein said. “One is involved in a nursing home and one runs a not-for-profit organization that provides, I believe, home care and other things for people.”

Outside of his role as a rheumatologist and medical director at Cleveland Clinic, where he has been following the pandemic “very closely from the onset,” the doctor is a life trustee of Menorah Park in Beachwood.

“I’ve been involved in keeping abreast with all they’re doing, but not in an advisory or consulting capacity,” Epstein said. That said, during a one-time Zoom call in March, he offered guidance new to St. Petersburg at the time.

Taking into account what he knew of COVID-19 at the time, then reviewing recommendations from the state of Ohio and the Cuyahoga County Board of Health, Epstein said. “We were able to share with them information about personal protective equipment; we were able to share with them the fact that they should not be allowing visitors into a residential home; we talked to them about how to social distance.”

He also suggested meals should be served in individuals’ rooms instead of a congregate dining room and led a discussion about how caregivers should interact with residents.

“We talked to them about how to monitor people in terms of frequent temperature taking, complaints of shortness of breath, pulse oximetry, which I’m not sure that they had readily available like we do – that’s the little light that goes on your finger that shows how much oxygen is your blood,” Epstein said. “So all of that was really sort of pretty basic stuff that they were not aware of at the time.”

Solomon said she has shared information about her work with YouthAbility and JFSA in Cleveland with a different partner in St. Petersburg who coordinates programs for young adults with special needs.

“I do a daily email and a weekly newsletter for the participants at YouthAbility and I’m sharing that with the JFS in St. Petersburg,” Solomon said. “They are using the parts that are relevant and doing really great programming for their clients there.”

She also shared a packet of yoga poses with the Federation’s contact in St. Petersburg and participated in an April conference call.

Solomon had one big takeaway: “The decades of support that St. Petersburg has received from the Cleveland Jewish community really put them in a position to be able to serve their clients during this time.”