Since its inception, the Jewish Federation of Cleveland has taken a holistic approach to increasing the quality education in the low socio-economic areas in Israel’s periphery. From Parents and Children Together (PACT), designed to close the education gaps between Israelis and Ethiopians who came to Israel in the 1980s, to Youth Futures, which helps at-risk children and their families, Federation has been addressing the myriad of factors that can influence a child’s ability to learn. 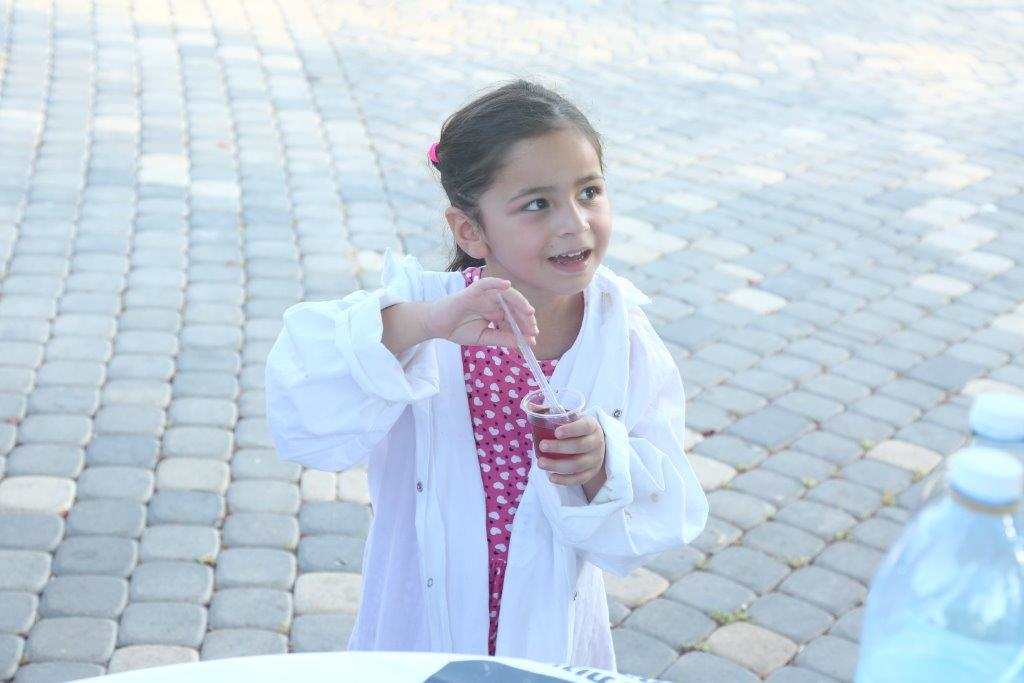 “It’s not just about what happens to the children in the classroom, but children as a whole,” said Lynne Cohen, chair of Federation’s Overseas Connections Committee.

In recent years, the Federation has been studying ways to best support Israel’s rapidly growing, high-tech sector. This “Start-up Nation” is struggling to find the 7,000 to 10,000 skilled workers needed to fill the positions it is creating each year. The lack of technical and scientific professionals not only harms the productivity of Israel’s industry and economy, it limits its ability to compete in the global market.

To support Israel’s economic growth, the Federation is working closely with others in Israel on a multi-year initiative to improve science, technology, engineering, and math (STEM) education throughout the country. “Given our track record of addressing educational challenges in Israel’s periphery, coupled with our deep STEM education resources in Cleveland, we saw a unique opportunity to make a meaningful and sustainable impact,” said Oren Baratz, senior vice president, external affairs for Federation.

“The role our Cleveland community is playing to ensure a rewarding future for Israel’s children is one we all can be proud of.”

Among Federation’s first steps was to create a steering committee of its own comprised of Cleveland educators and local STEM experts. The committee immersed itself in learning about STEM education in Israel – including hosting a seminar with Israeli counterparts.

“The focus of the Israeli STEM education initiative was primarily on high schools and middle schools in major cities,” said Baratz. “Conceptually, our steering committee stressed that in order to be successful – STEM or no STEM – we must start at the elementary school and early childhood level. So, we are basically creating the whole continuum and looking at ways to make academics and the transition to work a priority.”

For example, Federation has been a driving force behind designing a new STEM education curriculum for elementary school children, as well as providing the hands-on training and mentorship for educators needed to successfully implement and measure the lesson plans.

“Through our work with the Federation, the children of Hura will be able to imagine their future and know the STEM ecosystem partners are working together to give them the tools to achieve that,” said Ifat Bernstein, director of the 5x2 Periphery Project from Sheatufim, a non-profit organization that serves 100 organizations from the public, private, and government sections, including the Cleveland Federation. “Together, we are looking to double the number of students across Israel studying STEM in the next ten years.”

“We can’t fool ourselves into thinking there are quick fixes,” said Cohen. “We need to focus on what skills we can teach today that will help contribute to the community tomorrow. A child growing up in the periphery should have the same opportunities as those who were born in cities like Tel Aviv. The role our Cleveland community is playing to ensure a rewarding future for Israel’s children is one we all can be proud of.”

Campaign for Jewish Needs | PREPARE for the Future

For more information on our overseas work, please contact Ilanit Gerblich Kalir at ikalir@jcfcleve.org or 216-593-2815.