Brett and his younger brother, Aaron, attend a local Jewish Day School. For the past two years the boys have been living with their grandmother who became their guardian following domestic violence in their home. At just 10 years of age, Brett struggles with his conflicted feelings for both of his parents. He very much loves his father, yet he worries about his mother’s safety and her own substance abuse issues. 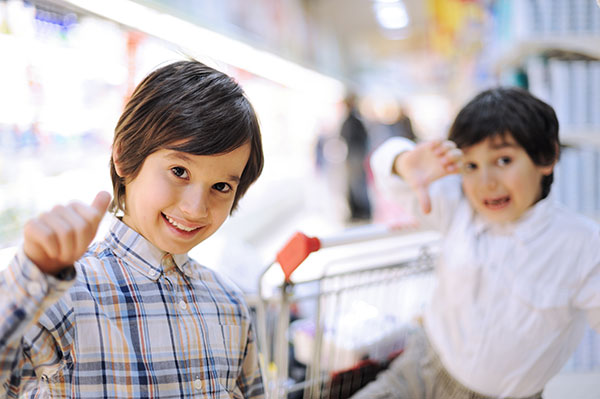 The situation at home began to take a toll on Brett. He was not sleeping well and seemed to have regressed to some younger behaviors including biting and hitting at school. He was referred to a counselor at Bellefaire JCB, a Jewish Federation of Cleveland beneficiary agency, who he has seen weekly since the beginning of last school year. While it was a rocky start, Brett has opened up with the counselor and has been able to share incidents from the past that are affecting his present. His school reports that they have also seen improvements since he began counseling.

Brett was also connected to Bellefaire JCB’s Jewish Big Brother Big Sister program. The program's clinical social worker wisely placed Brett with a more mature “Big” who has been able to navigate the complicated family system. Brett and his “Big” like to spend time out of doors and to visit the Cleveland Metroparks. Their first outing was to develop their very own ‘bucket list’ of all of the outings and things they wanted to do.

While Brett has had many obstacles in his short life, he is beginning to thrive as a result of the many services Bellefaire JCB has been able to provide him and his family. The consistent presence of his Big Brother has also enabled him to continue to move forward with his counseling treatment plan and a solid support person by his side. Brett is looking forward to his younger brother, Aaron, getting a “Big” so the four of them can join each other for outings.

For more information, contact Melanie Halvorson at mhalvorson@jcfcleve.org or 216-593-2868.