I was born in Dushanbe, Tajikistan (part of the Former Soviet Union). Amongst a Muslim majority, my family lived in a small but strong Jewish community – considered one of the oldest ethno-religious groups of Central Asia. 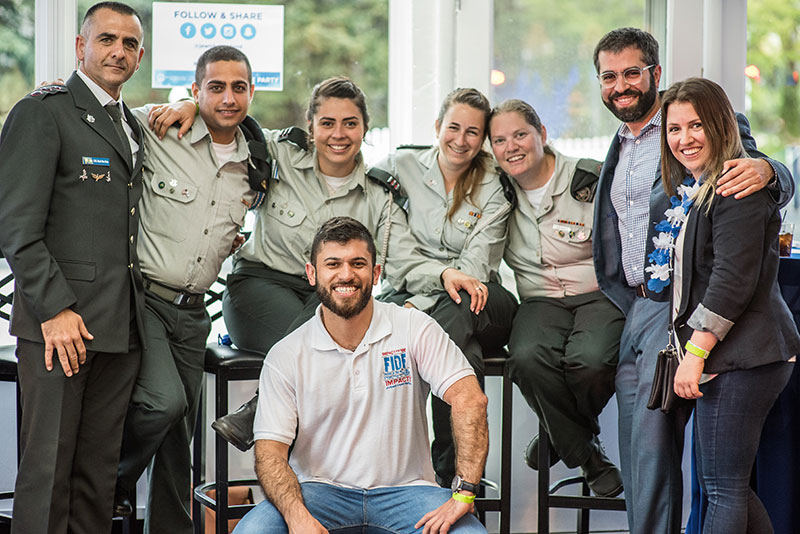 In 1991, following the dissolution of the Soviet Union, my family moved to Israel. Getting used to living in Israel was not easy, as my parents had to adjust to a very different culture. I remember the majority of my childhood being an ongoing struggle in understanding my environment and my place in it. When I was 15 years old, my parents divorced. This traumatizing event led me to disconnect from both of my parents and go my own way, which came at the expense of my studies as I dropped out of high school. From the ages of 15 to 18, I worked random jobs to support myself until I was drafted to the Israel Defense Forces (IDF).

I began my army service in Havat Hashomer, located in the north of Israel. Part of the education corps, Havat Hashomer is a program supported by the Jewish Federation of Cleveland that gives youth from at-risk backgrounds the tools to be successful civilians. That was a life-changing experience for me. My commanders taught me to achieve what I want and not to give up. I have learned how to work for my goals, and ultimately, become a good, productive citizen.

“I feel honored to be able to give back to Israeli society and to contribute to those who need help.”

After Havat Hashomer, I became a member of the Givati “Shaked” infantry battalion. Towards the end of my duty, and as part of a course provided by the IDF, I completed my high school diploma and passed with distinction. Currently, I am in my second year as a law student at Shearei Mishpat College in Hod Hasharon.

In the future, I aspire to apply my legal studies in representing those who do not have a voice. As part of my volunteering service, I am proud to have been given the chance to be a mentor to children at a non-profit, which helps youth at-risk with their studies. This experience has been extremely empowering for me and has given me more than I could have expected. Because I see myself in these children, I realized how important family is and I reached out to my mother to begin to rebuild our relationship.

I feel honored to be able to give back to Israeli society and to contribute to those who need help. But that thanks also goes out to the Jewish Federation of Cleveland for giving me the tools to succeed and become a contributing member of society. Thank you, also, to all of my IDF commanders in the education corps for not giving up on me and teaching me how to achieve my goals.

For more information, contact Tal Rothstein at trothstein@jcfcleve.org or 216-593-2861.